Or should that be moron overpopulation? Sorry.

My sister sent me an article that is a startling contrast to my last post. She doen't agree with it, by the way, she just sent it because of the contrast. Here's an excerpt:

Global Swarming
Is it time for Americans to start cutting our baby emissions? 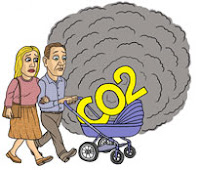 Oh, if we all just disappeared. According to The World Without Us, Alan Weisman's strangely comforting vision of human annihilation, the Earth would be a lot better off. In his doomsday scenario, freshwater floods would course through the New York subway system, ailanthus roots would heave up sidewalks, and a parade of coyotes, bears, and deer would eventually trot across the George Washington Bridge and repopulate Manhattan. Nature lovers can take solace in the idea that the planet will thrive once we've finally destroyed ourselves with global warming. But Weisman takes the fantasy one step further: Let's not wait for climate change, he says. Let's start depopulating right now. (Read the rest...)

In the third paragraph of the above article is a link to another article that I think is worth reading. It's not for the faint-hearted, easily angered, or for children. Read a little:

During the past week, dozens of women in southwest China have been forced to have abortions even as late as nine months into the pregnancy, according to evidence uncovered by NPR.
China's strict family planning laws permit urban married couples to have only one child each, but in some of the recent cases — in Guangxi Province — women say they were forced to abort what would have been their first child because they were unmarried. The forced abortions are all the more shocking because family planning laws have generally been relaxed in China, with many families having two children. (Read a little more...)

This is just wrong, folks. And terribly sad. We'd be foolish to think it can't happen in the U.S.

Behold, children are a gift of the LORD, the fruit of the womb is a reward.
Like arrows in the hand of a warrior, so are the children of one's youth.
How blessed is the man whose quiver is full of them; they will not be ashamed when they speak with their enemies in the gate. (Psalm 127:3-5)

Who am I to tell God to stop giving me gifts? How do I know when my quiver is full? I believe God is the best judge of that. He knows me, He knows His plans for me. He knows where He wants me to be and He knows how to get me there. How can I think that I would do a better job of directing my life that my Maker would? My only task is to submit to His will and let Him form me in to the person He wants me to be. C.S. Lewis states it very well,

Christ says `Give me All. I don't want so much of your time and so much of your money and so much of your work: I want You. I have not come to torment your natural self, but to kill it. No half-measures are any good. I don't want to cut off a branch here and a branch there, I want to have the whole tree down. I don't want to drill the tooth, or crown it, or stop it, but to have it out. Hand over the whole natural self, all the desires which you think innocent as well as the ones you think wicked - the whole outfit. I will give you a new self instead. In fact, I will give you Myself: my own will shall become yours.' (from Mere Christianity [chapter 30])

It's as simple and as difficult as that. I don't think overpopulation is our problem. I think SIN is our problem. Only God has the solution for that and it's offered as a free gift to us. We'd be foolish to squander that gift.

I wonder if the men in this article are going to start the population reduction with taking out their own genes from the breeding pool? I think it may be a good idea if they don't breed. :)